Home Articles The difference between subnets and VLANs

The difference between subnets and VLANs

The difference between subnets and VLANs
Print
Matthew Fisher - January 8, 2022 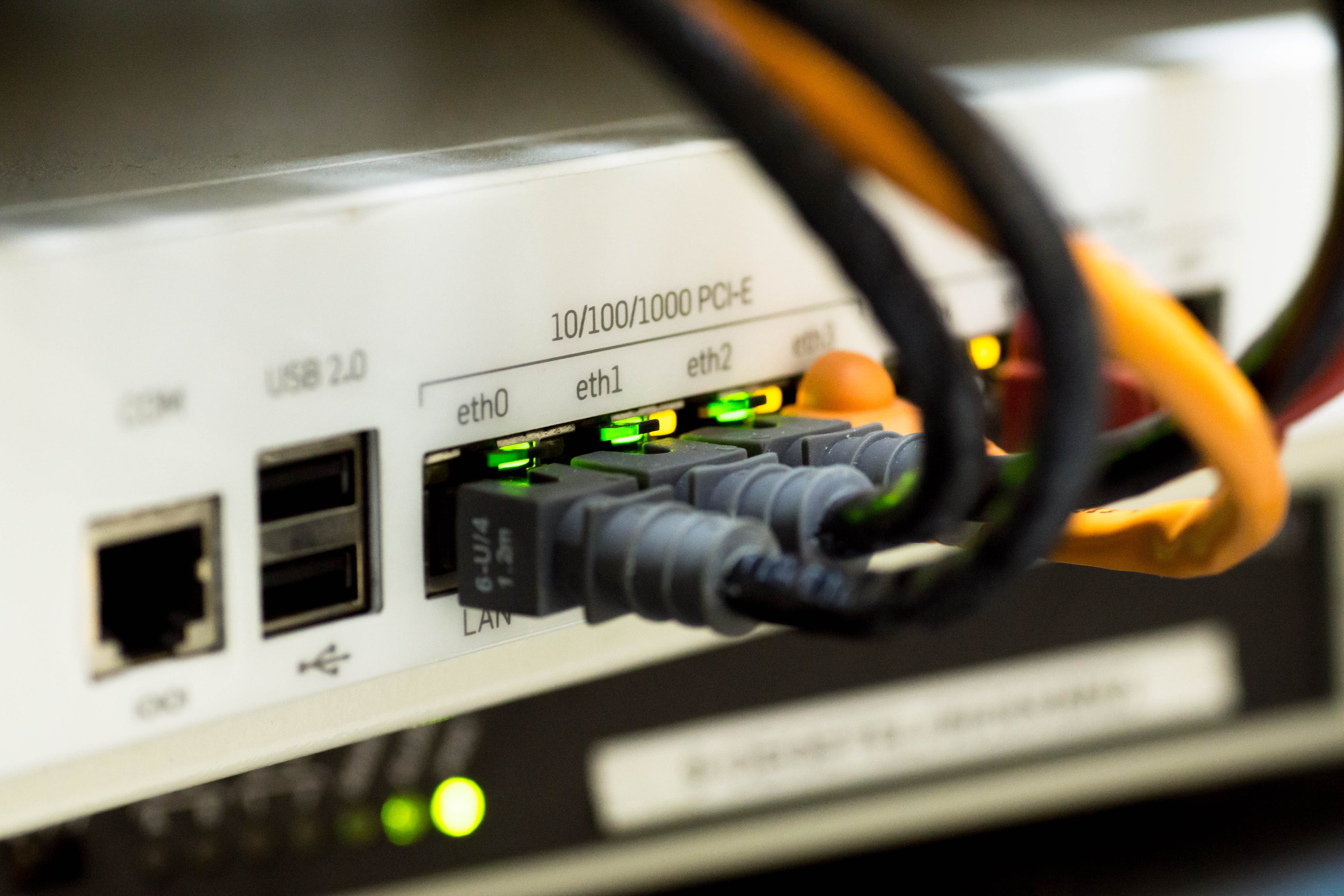 local_offer Subnets
local_offer Domain Management
Learn the differences between subnets and VLANs with this helpful guide.

What is a subnet?

A subnet is a subdivision of a network designed to break up a network into smaller segments. For instance, you might want to create multiple networks that each have their own set of computers with strict access rules so one group doesn't get infected by malware from another group. Subnets help you manage your network by creating logical groups of devices and limiting the traffic that leaves each subnet.

Subnetting is necessary when there are too many hosts connected to each other and their IP address space would overlap. The image below illustrates the concept of subnets. 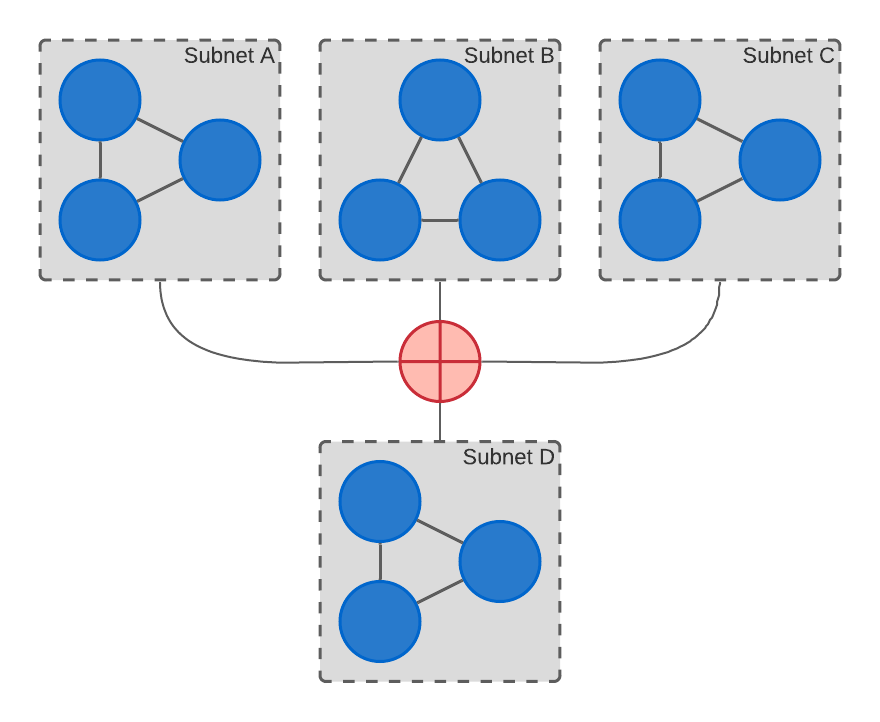 In this illustration, there are four subnets, labeled "Subnet A," "Subnet B," "Subnet C," and "Subnet D." Each blue circle in this diagram represents a host (computer or other network device) on the subnet. The red circle represents a router. Routers are network devices that allow you to break up one large address space into several smaller ones. This can help avoid IP address conflicts and make sure your network runs without widespread faults.

Subnets are a network layer (OSI Layer 3) technology, so routers are necessary to use them. How does a router know to send packets to a particular subnet? Along with an IP address, each host on a network has a subnet mask that specifies which subnet it belongs to. Routers use subnet masks to send packets to the right subnet. When a packet leaves a Local Area Network for the Internet, the subnet mask is not sent along with it.

What is a VLAN?

Virtual LANs (VLANs) are used to create groups of devices that can communicate with each other, even if they are on different networks. Creating VLANs is a technique for physically segmenting large networks and logically grouping them into smaller broadcast domains. This allows segments to be combined into logical groups, making it easier to manage traffic across the entire network from centralized locations.

VLANs can be used to segment networks, split traffic, and provide security. The image below illustrates the concept of a VLAN. 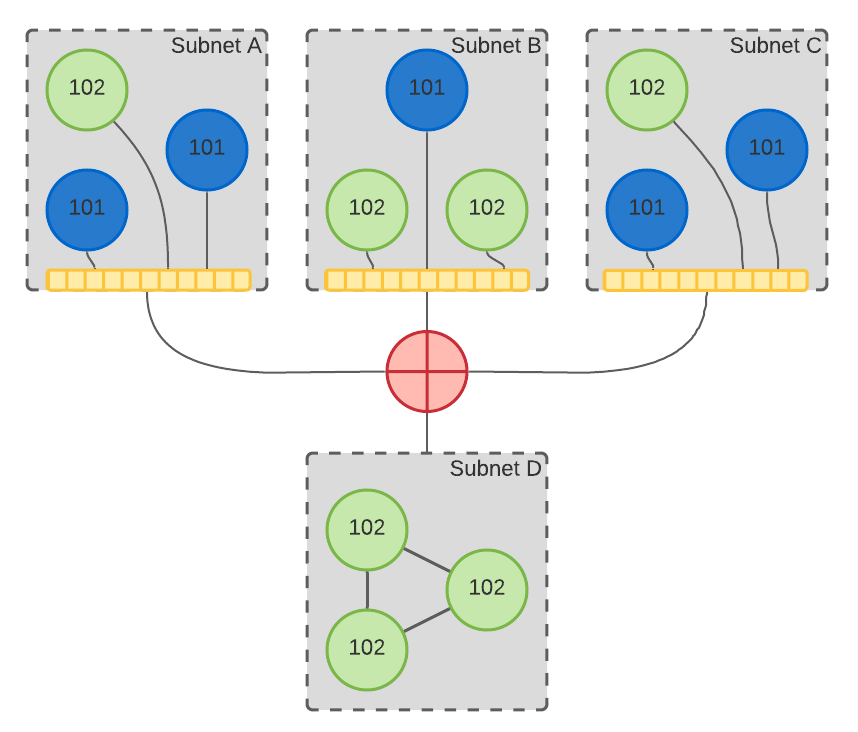 In this illustration, there are four subnets and two VLANs. Every VLAN is given a unique identifier called the VLAN ID. This diagram shows two VLANs, VLAN 101 and VLAN 102. VLANs are a data link layer (OSI Layer 2) technology, so switches are necessary to use them. The yellow rectangles at the edge of each subnet represents a network switch with multiple ports. Each switch port can have one or more VLANs assigned to it, and any devices connected to switch ports can communicate with each other if they have the same VLAN. In the diagram above, there are 5 devices on VLAN 101 across 3 subnets and there are 7 devices on VLAN 102 across 4 subnets.

Assigning VLANs is useful for managing related devices across multiple subnets. Separating devices into multiple VLANs means they don't all compete for the same bandwidth when downloading large files or accessing particular applications.

How do subnets and VLANs differ?

Subnets and VLANs are similar, since they both break networks into smaller, more manageable pieces. There are some key differences between subnets and VLANs: